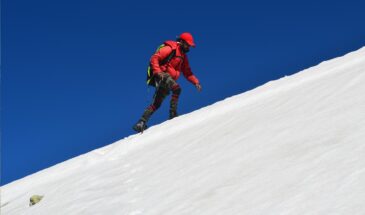 Inderhara Pass is one of the very popular trekking passes in Himachal. This is nearest mountain pass located near the well known tourist destination of Mcleodganj. This trek is considered tough trekking around Dharamshala. Inderhara is the name of the pass which is considered as the lowest passage connects Kangra and Chamba distt. in Dhauladhar mountain range.

Indrahaar pass Trek starts from Mcleodganj in Dharamshala and passes through the popular camping ground of Triund, the Laka Got, and the Lahesh Caves. McLeodganj to Indrahaar Pass trek via Triund is a low-moderate difficulty trek. This trek follows one of the more established trails used by the Gaddi shepherds enroute their summer grazing pastures in the upper Raavi Valley and Lauhal. Whatever difficulty this trek throws your way, the spectacular views more than compensate for it. To the south there are mesmerizing views of the Indian plains; to the north is the sacred peak of Mani Mahesh Kailash and the snow capped Pir Panjal Range.

DAY 01:Mcleodganj - Mana Camp (2300m) Trek/3 Km
The trek goes through mixed forest of oak, rhododendron and deodar tress. First two kilometer is a steep ascent but there is a gradual ascent after Letta. The last 1 kilometer is again a steep ascent through the ridge. Mana is a flat meadow on below of a ridge. From here panoramic view of Dhauladhar range on one side and Kangra valley on other is a memorable sight. Night saty at Mana Camp.

DAY 02: Mana -Triund - Lahesh Cave (3500m) Trek/7Km
This is an acclimatization day. After a short ascent from Triund traverse a ridge to reach Laka Got a temporary shepherd camp. Laka Got is situated at the snout of small glacier, which is full of snow and ice in early summer, and the snow melts away during the monsoon. From Laka Got it is a sleep ascent for 2 km. Over rocky ridge to reach Lahesh cave. Night stay in the cave of camp at Laka Got.

DAY 03:Lahesh Cave - Indrahaar Pass and Back to Mana Camp (4350m) Trek-12 Km
Start early in the morning, the weather gets bad in the afternoon. In early summer april to may the trail is full of snow and require good equipment. During post mansoon Sept. to Nov. There is no snow or ice and there is narrow trail going up to the pass. It takes about three hours to the pass and another three hours to come down. From the pass entire PirPanjal range of central Himalayas is a sight to behold. Back to Mana Camp.

DAY 04:Mana Camp - McleodGanj Trek/ 3Km
Follow the same route on the way back or a different one from Triund going over a grassy meadow and descend down to Bhagsu Nag and then to Mcleodganj.

Package does not Include